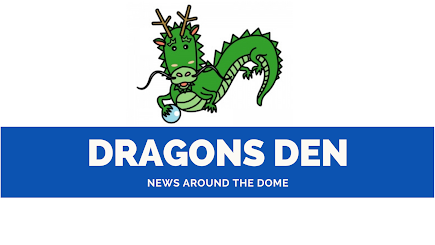 Fall camp has wrapped up now with Tatsunami and co. holding the reigns for the first time. There were a few interesting stories to come our of camp, but the overall theme seems to be "aim high" and instill players with confidence. Case in point being the encouragement to Yota Kyoda that he could be a "triple 3" player. Much encouragement was given to Takaya Ishikawa as well as someone who could hit 40 homers in a season. Overall, the messages have been very positive and some of the new techniques passed on by the new coaching staff seem to have been a hit. Dayan Viciedo was also on the receiving end of some tips to change his approach to hit for more power.

Missing from the camp however were new 1-gun pitching coaches, Eiji Ochiai and Akinori Otsuka. 2-gun coach, Takashi Ogasawara needed to step in as the "on the ground" coach, but Ochiai had sent on instructions from Korea. Ochiai's KBO team, the Samsung Lions had playoff commitments this year which has delayed Ochiai's arrival. Otsuka meanwhile has been sent to the Dominical Republic to scout new players. Possible international signings however have been put on the back burner while the world sorts out the severity of the Omicron variant of COVID-19.

Without further ado however, let's skip to some of the pick-up points of the past few weeks:

Much of the buzz at fall-camp has been about Takaya Ishikawa's potential and his sessions with Norihiro Nakamura. A few adjustments seems to have increased his power slightly which is exciting and a number of Dragons former players, coaches and players have commented on his prodigious talent.
Aside from Fall Camp, the contract situation continues. There are still a number of players that haven't renewed their contract, most notably Yota Kyoda and Yuya Yanagi. Otherwise there are a number of players that have been released and offered development contract deals such as Shota Fukushima, Sho Ishikawa and Tatsuro Hamada. This now leaves 7 positions open on the roster with two likely to be filled by a new international bat and pitcher while Matayoshi may also return.
Lastly, it looks like the gathering of rookies for their official induction to the team will occur on the 22nd of December. An online event is planned for Fan Club members.  What numbers will go to which players is part of the excitement here. I'm a bit unsure of who will wear what but I could imagine: Bright #4, Ukai #23, Ishimori #29, Miya #56, Hoshino #61 and Fukumoto #43. I actually have no idea although I think the first three are reasonable guesses.
Posted by Scott M at Tuesday, December 07, 2021 No comments: