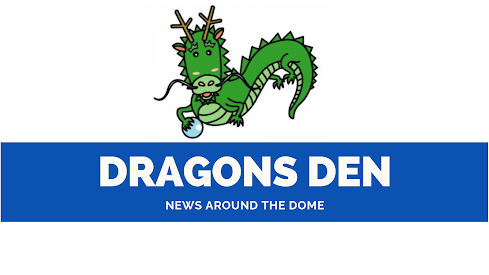 In some exciting news, the Dragons look set to capture 20 y/o Cuban prospect, Guillermo Garcia through the Cuban Government. Garcia is ranked as one of the best hitting prospects (yet to defect) left in the Cuban league. He has exciting power and contact abilities. He will play in the U-23 Cuban national team this month largely in the middle of the order. It looks like he's a first baseman and has otherwise been a DH for his team in Cuba. This could well be a move to look post-Viciedo when the former White Sox man loses his effectiveness in 1-gun. This also gives the team another option at first-base where the team lacks depth. If Garcia shows an ability to hit 2-gun pitching well enough, there will definitely be space for a call-up whenever he's ready. A play-off MVP winner already at such a tender age, there's a lot to look forward to.

News of a move for Garcia comes after the team have also sounded fellow Cuban, Frank Alvarez for a move to Nagoya in 2022.

Meanwhile, Raidel Martinez looks likely to stay in Japan and probably the Dragons with the team making a 2-year, $2M offer to tie him up until the end of 2023. The Dragons have a number of FA eligible arms including the reinvigorated Katsuki Matayoshi and fellow set-upper, Daisuke Sobue. Dayan Viciedo will also be looking for a new deal as his 3-year mega-contract signed in 2018 is now winding up. Martinez looks to be a top priority. Daisuke Sobue, as good as he has been, could likely be signed for a more reasonable amount than Matayoshi who will likely command a multi-year deal with a yearly salary exceeding $1M per year. Viciedo similarly will be after $1.2-1.5M plus, but it is said his love for the team will likely allow the front-office to lowball Viciedo and still keep him.

Movement over Kazuyoshi Tatsunami's backroom has been slow with most of the name I've already mentioned having been talked over in the media. Akinori Otsuka is the only other major addition to those rumours with the current international scout looking to make a return to the backroom. Otsuka had a short stint as a visiting coach with the 2-gun team in 2017 before taking off to coach the San Diego Padres AAA team. Otherwise, it looks likely that Atsushi Kataoka will take over as 2-gun farm manager should he give the green light, while Eiji Ochiai is also more or less confirmed. Former Dragons outfielder and Samurai Japan coach, Takayuki Onishi also looks to be on his way in. Hitting coaches remain somewhat up in the air with only Nori Nakamura and Masahiko Morino being talked about currently. There also appears to be no news over a change in battery coach giving further credence to the idea of incumbent Takeshi Nakamura staying put. Nakamura was the first-team catcher throughout most of Tatsunami's career and it would make sense for him to stay in his current role given the success of the Dragons catching team. (UPDATE: 21/10 - Former Carp catcher, Shuji Nishiyama is now the front runner for the 1-gun battery coach job) There have however been some staff that have officially decided to leave the club, head coach Tsutomu Ito and pitching coach Hideyuki Awano. Ito is no loss given reports of his fall out with Yoda, but it's hard to say Awano didn't have an effect on the improved Dragons pitching.  Mitsuo Tateishi, who had been working with position players on the farm and helped with Shuhei Takahashi's breakout last year is also on his way out.While I can't imagine Alonzo Powell staying, no news about his departure is somewhat surprising. Tatsunami played with Powell forming the middle of the Dragons order in the mid-90s and could theoretically at least have some kind of relationship with the 3-time batting champion. It is said that the relationship between Powell and Yoda was key to him coming over to coach for the Dragons, so it will be interesting to see what happens.

There is still roughly another week until Tatsunami is due to announce his backroom but so far it looks like a lot of the current coaching staff will be staying on.

The Phoenix League has otherwise kicked off in Miyazaki with some Dragons players really showing some promise. 2020 1st Draft pick, Hiroto Takahashi recently pitched 5 inning for 8K. Hironori Miyoshi has been hitting #3 in the order largely showing great "growth" according to farm manager, Toru Nimura. Ayatsugu Yamashita and Kosuke Ito have also been hitting well. Ito in particularly looks to putting his best foot forward to really challenge for those 3 outfield positions. Yuki Okabayashi is currently enjoying a run in the first-team, while Kenta Bright, Kosuke Ukai and Yuma Fukamoto will also be looking to take up a position closest to Vantelin Dome's walls. Doing well now at least pushes for him to be considered in 1-gun camp from day one in Spring training. With Okabayashi and Ito hitting form it would be somewhat ironic for the Dragons to then have a flush of hitting outfielders when this year has seen such a dearth of production in those positions.

In some more news on the renewal of the team, the artificial turf at Vantelin Dome will be replaced by a permanent type of turf rather than the roll-up type that has been in use since the Dome opened in 1997. They say that the permanent type of artificial turf is closer to natural grass making it easier for fielders to make diving catches and sliding without as high a risk of injury. This is the 5th time in the Dome's history that the turf will be replaced, but the first time without the roll-up style. This type of turf, provided by Mizuno has already been laid at Yokohama Stadium and ZoZo Marine Stadium in Chiba.

Manager-elect, Tatsunami has otherwise asked his players to "train as much as time allows" during the fall break period. Needless to say, plenty of players will be doing their normal training in the off-season either individually or in groups with other pros across the country.

Furthermore, Takaya Ishikawa has made his long awaited return from injury bulking up to 103kg and significant muscle to his calves in order to emulate Giants slugger, Kazuma Okamoto. Ishikawa hit two homers in batting practice in his long awaited return after 4 months on the sidelines. Rumours regarding Ishikawa under Tatsunami have included a possible shift to left-field. This will most likely depend on the form of Shuhei Takahashi and if the Dragons can secure a foreign bat for the left-corner. Tatsunami also recently talked on the Sunday Dragons show about bringing in a foreign hitter that could play left or right indicating that there's no player particularly in his mind as to who will fill a spot in the outfield. Most I think would assume that right-field was up to Kenta Bright to lose come opening day, but we can't discount a Ryosuke Hirata rebound or another step forward from Yuki Okabayashi. The good thing for Bright however is that left-field is probably and option for him as well whereas Hirata is more rusted-on in right. How the foreign hitter plays out will likely affect how much time Ishikawa sees with the top team in 2022.

Kodai Umetsu also made a long awaited return as he played his first competitive game in 4 months against Rakuten in the Phoenix League. He gave up 7 hits and 2 runs in 5IP, but Toru Nimura say there "absolutely nothing to worry about".