I may as well jump straight into what I want to do and have some more opinion pieces and other tidbits as we go through the season. 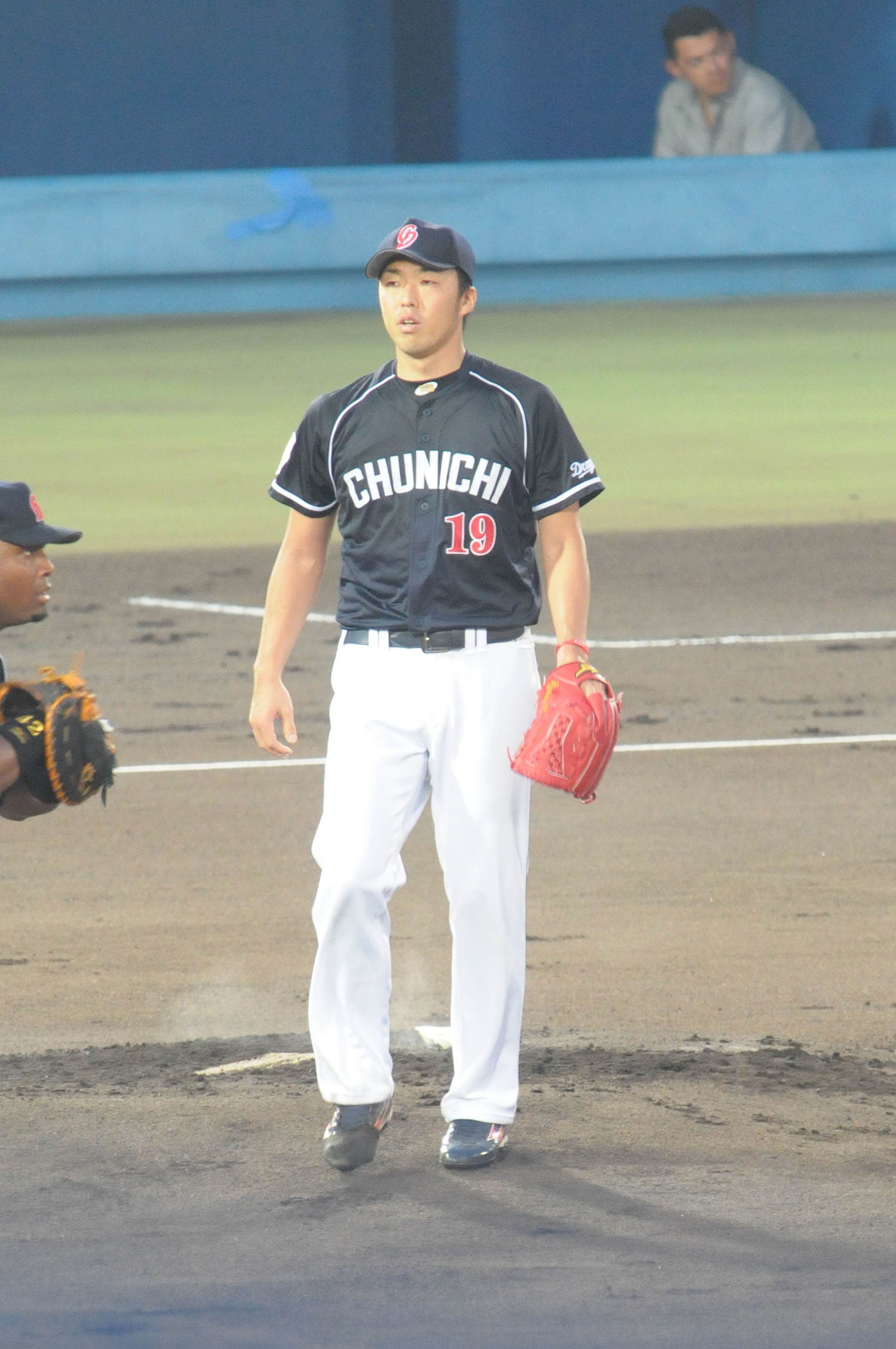 Some of the best news of an otherwise dire pre-season for the Dragons has been the return of ace pitcher, Kazuki Yoshimi following nerve repair surgery on his right-arm. Yoshimi successfully threw down 4 2/3 innings giving up no runs and only 4 hits. A great come-back to the first team squad. Yoshimi has been making his recovery in the off-season and spent the Spring camp in Okinawa with Michihiro Ogasawara's farm team squad. Yoshimi has not played himself back into the first squad reckoning and has been slated for a mid-April. The key rumour has been is that he will be fit to join the main squad for the Giants game on April 10th.

Yoshimi's return should be a huge lift for the team and could mean an extra few wins this season in the struggle for a playoffs position.

In other related news, Daisuke Yamai has solidified his spot in the starting rotation following his
strike-less 5 innings against Lotte in the game previous to Yoshimi's return. He only gave up one run, which considering his previous outing this pre-season is quite an improvement, but there is still worry over how good he can be this season.

Yamai will now join Drew Naylor and Shunta Wakamatsu as the third right-handed rotation option with Yudai Ohno, Jordan Norberto and Tatsuro Hamada all but assured of the three southpaw spots in Tanishige's opening rotation.

One can only assume that Yamai will be the most likely to make way when Yoshimi completes his come-back.

Finally, in other news of old boys making come-backs, the other half of the 2007 Japan Series winning perfect game, Hitoki Iwase made his long awaited return having been away from the mound for a year and seven months before his save against Lotte in the same game as Yamai. Iwase at 41 is certainly the senior statesman of the team but still a pitcher of great quality (and holds the record for saves in the NPB). However his main opposition will be one of the Dragons greatest bullpen prospects in Koji Fukutani who has been the closer for the last season. It is probably likely that Fukutani and Iwase will share closing duties this year.
Posted by Scott M at Tuesday, March 22, 2016