An Introduction: Why I'm doing this 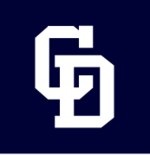 I'm an Australian salary-man in Tokyo with a good view of Jingu Stadium. I speak fairly fluent Japanese and have lived here for a good 3 years. I was never really all that interested in baseball before coming here and it has since consumed me like my coffee addiction. It's not a big sport back home, but it sure is here, and hearing about it everyday made me want to go and check it out. Having been a cricket fan since I was a wee lad, there wasn't much I needed to be converted. Very similar principals, both fairly slow paced games.

If you live in Tokyo and can see Jingu Stadium, what are you doing writing a blog about the Chunichi Dragons, a team based in Nagoya over 800kms away?

Good question. Although the logical conclusion would be to support the Swallows, Giants or even the Marines (my wife's home team) I chose the Dragons. The main reason was that they were the first team I ever really even heard a whisper about when I did a 1 year exchange in Gifu prefecture, a close neighbour of Nagoya/Aichi and part of the general catchment area for the Dragons. That was where the seeds were planted. I knew of the Dragons but knew little about them. I knew even less about the other teams in the league. All I knew was that the Dragons had been very recently Japan series champions and they were well loved in the area. That was enough for me at the time where I thought, sure, if I'm going to follow baseball it'll be the Dragons. Association football is my other love and having first chosen Nagoya Grampus as my team to follow at around the same time, it seemed only natural for me to support the Dragons as well when I started getting interested in baseball.

After watching the sports news every day and getting a feel for what baseball meant in Japan, I had the opportunity to win some tickets to see the Marines play against Chunichi. Out of dumb luck, my wife and I won the tickets and spent a day at QVC Stadium where I started to develop my love of the boys in navy blue. It was a fun day out and I was in enemy territory. I got my first taste, with a loss, and enjoyed it. What kicked off an interest into fandom however was one more visit to see the Dragons, but this time at Jingu Stadium. Another loss followed, but the love blossomed and before long I had started fiddling with Japanese baseball video games like Pro Yakyuu Spirits and some other mobile games and started to really get to know the players, what their strengths and weaknesses were and what sort of mark they had been leaving on the game. (The Spirits series is particularly in depth with tracking career stats)

My joy for the game overflowed and I started following more and more of the Chunichi games, watching them lose...and lose...then have a little win streak, before losing and finishing 5th in 2015. After watching the 2015 draft, I have kept my eyes on Dragons news daily, mostly from the local sports rags, for anything happening. How the starting rotation was shaping up, which young players were showing promise, what foreign players we were going after. Having found little forum to discuss the Dragons apart from the Japanese 2-Channel, the official Facebook and the Reddit community /r/NPB I have wanted to bring information of the team to those interested mostly from Japanese language sources that would not be widely readable for the English speaking public interested in Japanese baseball and specifically the Dragons.

What I hope to achieve with this blog is a relatively comprehensive approach to all things Chunichi Dragons and the NPB. English language sources about Japanese baseball are scarce enough as they are, let alone for the Dragons (apart from the blog Moeyo Dragons). I want to hopefully fill a hole in the coverage of the game in Japan and keep those of you interested in the Nagoya giants in the know. I'm still new to the baseball thing, so if I mix up some lingo or say something a bit odd...or sound like I don't know what I'm talking about, that'll be the reason. Please be patient and I hope you can provide some helpful feedback if I do start talking like a bumbling idiot.

My main hope is to firstly provide information on rumours, match results and everything that I find interesting!

First of all, as a bit of an introduction about myself I'll throw out a few basic facts.

Best ballpark: So far, Jingu, but I need to broaden my horizons.