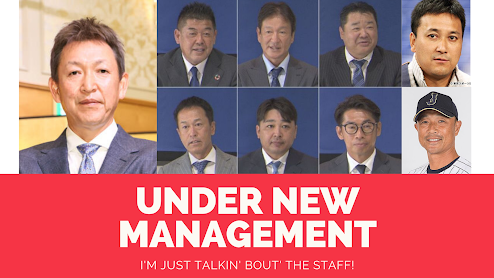 It's official. Kazuyoshi Tatsunami is the new Dragons manager. There's a lot of media to wade through as a result, but first one of the more important announcements, the staff. There's been large turnover with only six staff members surviving from the Yoda regime and only Masahiro Araki with 1-gun.
The new backroom staff was announced on the 4th of November. Nothing to surprise with either 1-gun or 2-gun as all those that were linked in the media were given jobs with the team. Shinya Miyamoto and Hirokazu Ibata were the only two linked that didn't end up inking a contract with the team. What Tatsunami has done however is create a literal All-Star backroom with only 3 staff members without a title or an All-Star appearance through their career. 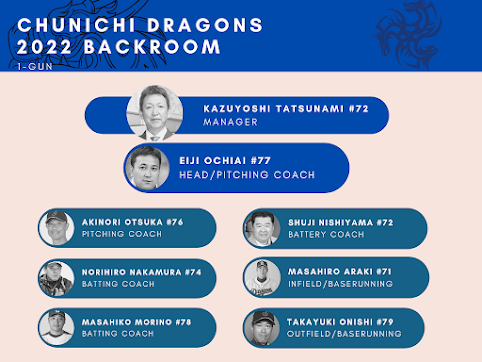 With no Ibata or Miyamoto, Eiji Ochiai has taken over duties as head coach alongside his pitching coach duties. Tatsunami has said he will more or less entrust anything regarding pitching to him. Ochiai has a good pedigree as a coach and it's perhaps surprising he hasn't linked up with the Dragons as a coach before not. He has apparently made comment now that he promised Tatsunami he would serve in his backroom around the time he retired in 2006. This loyalty to Tatsunami is apparently the reason why he hasn't come back since.
The rest of the backroom is certainly a wait and see. Otsuka, Morino and Araki all have experience coaching with the Dragons while Onishi and Nishiyama have both cut their teeth in the Giants organisation. Everyone in this backroom has a connection to the Dragons except for Nishiyama who really is an out of left-field appointment. There have been rumors that Takeshi Nakamura may have been preferred but his recent illness meant he wanted to take a break from coaching. Nishiyama was hired apparently on the basis of providing "uncomfortable (for batters) game-calling" as a player. Expectations will be biggest for Nakamura and Morino however as they have the unenviable task of trying to turn a poor hitting staff into a half-decent one. Nakamura has already been given the job of helping develop Akira Neo and Takaya Ishikawa with the latter already claiming Nakamura's approach to be "a breath of fresh air" in their first session together on the 4th of November. Tatsunami has commented that he believe Nakamura has a great ability to teach. Here's hoping.
Tatsunami has also already made clear that Masahiro Araki will reprise his role as first-base coach while Onishi will be in charge of sending runners at third base. Both were adept base-runners in their playing days. Tatsunami's reasoning for Araki at first was his base-stealing expertise while Onishi previously has experience standing at third-base with the Giants. 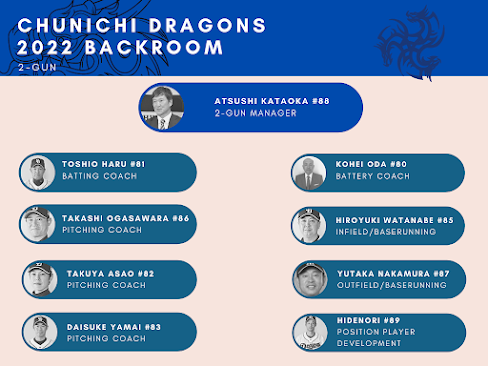 Onto the farm, and it took a while for the coaching team to be announced. The first-team coaching set-up was more or less set in stone a week ago while it seems the farm coaching team has taken a little while longer to confirm. Tatsunami's buddy from high school, Atsushi Kataoka will manage the team. He has previous coaching experience with the Hanshin Tigers. Daisuke Yamai is also a new addition to the coaching staff having just retired this season. A seasoned veteran, Yamai's journey as a player should be a good experience to pass on to others as he worked hard to get to where he is now. Not many players of his pedigree can say they've pitched a no-no and an almost perfect (albeit shared) game. Former fan favourite, Kohei Oda comes in as battery coach to replace Shingo Takeyama. Yutaka Nakamura looks like an appointment made by Kataoka himself as they both journeyed from the Fighters to the Tigers during their coaching careers. Hidenori however has fallen on his feet as his demotion from the top team means he picks up a role that was previously held by Mitsuo Tateishi. One problem still remains however; Toshio Haru is the only batting coach. It will be hoped I guess that Kataoka can do some hitting classes as well, but given the team's issues with hitting, it's a surprise no one has been brought in. This also brings up an issue as well. One of the criticisms made by Tatsunami of players on the Dragons team is their compact approach to hitting rather than the more open attacking approach that bring more homeruns. Haru's hitting philosophy is one of being very compact so it is rather confusing as to why he's still in the organisation, let alone as the only hitting coach on the farm.
Of the coaches that were replaced in both teams, no one has been retained in any capacity in the front office. Tsuyoshi Yoda, Hideyuki Awano, Motoyuki Akahori, Alonzo Powell, Kenta Kurihara, Tsutomu Ito and Takeshi Nakamura have all left the organisation. This is the same for Toru Nimura, Takahito Kudo, Shingo Takeyama and Mitsuo Tateishi. It is interesting that the farm team has not been shaken up as much as the top. Many of the key contributors from last year have stayed on.
On paper at least, this coaching team seems an upgrade on Yoda's backroom. The lack of an exclusive head coach and the inexperience of the hitting coaches raises questions. Whether or not Haru is the guy to develop the next generation of Dragons hitters on the farm is another question if the hitting philosophy is to change. Nori Nakamura's addition has already made some positive news, as his instruction of Takaya Ishikawa to use his hand more when hitting has already seen some improvement in hitting the ball a bit further.
Of all the staff, it is only Atsushi Kataoka, Yutaka Nakamura and Shuji Nishiyama that have no obvious ties to the Dragons. Kataoka is of course a pal of Tatsunami's from PL Gakuen while it certainly looks like Nakamura was added at Kataoka's request. Nishiyama is really the odd one out. Otherwise, Tatsunami's career has overlapped with every other coach that spent time at the Dragons. Another interesting thing to note is that 9 out of the 17 backroom coaches hail from the Kansai region of Japan, including Tatsunami himself (this is also about the only common thread I can find between Nishiyama and Tatsunami). Otherwise, Kanto is next best represented with five followed by Chubu (two) and Kyushu (one). Perhaps a bit of a Kansai boys club being created by the new manager.

So, that's the staff. Now I'd like to take some time to address what Tatsunami has said in the media about his management style and what he want to see from players. To say it's been a bit of a shock would be an understatement as he has been drawing up some very Draconian rules summed up in the below from Bernard Black of BBC's "Black Books". 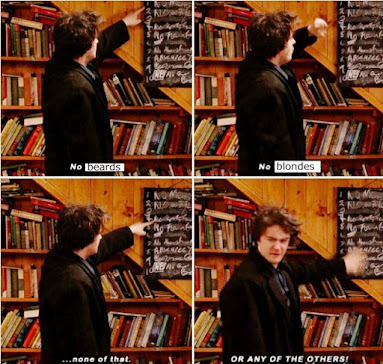 For something a little different, here's the non-Tatsunami related news.
Posted by Scott M at Sunday, November 07, 2021