The Chunichi Dragons have traded catcher, Masato Matsui and outfielder, Yusuke Matsui to the Orix Buffloes for left-handed pitcher, Takakiro Matsuba and outfielder Kengo Takeda. Steven Moya has also been traded to the Buffaloes for cash.

Trades don't happen very often in Japanese baseball. The Dragons very rarely do anything in the trade market with players. Last year Ryuya Ogawa was traded away for cash to the Lions, but the last time we traded for a player was with the Orix Buffaloes in 2014 for Taiki Mitsumata which saw Kyohei Iwasaki move away from Nagoya.

5 years later, we have two trades, separate but related, we have to unpack and get a bit excited about. While the trade for Moya was separate, it is worthwhile thinking of this as a package and may have sweetened the return a little bit. First of all, the losses. Masato Matsui has been #1 or #2 behind the dish on this roster the last couple of years. Matsui was favoured over Shota Ono last year while, apart from an injury, he has featured as more or less the #2 catcher on the top team behind Takuma Kato, particularly after Ono was demoted a month or so ago. At 31 years old, Matsui was one of the elder statesmen behind the mask with only Shingo Takeyama more senior.

For me, moving MM solves a few issues. Firstly, he is the least appealing of the catchers. He's bang average. He doesn't really hit and his lead and arm strength are so-so. Compared to current options, he doesn't have much going for him. In terms of a trade piece, he probably has the greatest value of the current catchers outside of Ishibashi and Kato who are probably untouchable at the moment. If the Buffaloes were looking for a catcher, Matsui was a good option to give up. On the farm, you can only play one catcher at a time, and moving a veteran to allow guys like Ishibashi to get more experience is a big plus for me.

Yusuke Matsui is another that is a bit older than his counterparts at 31. Matsui is an Osaka native, so he'll be heading home in a sense. He has never been a regular. in the Dragons outfield. He has popped into the team to add outfield depth and to pinch-hit throughout his career, and outside of a useful tail-end to 2017, has been expendable. YM gets traded for someone much younger in 25 year old Kengo Takeda, but we'll get into that shortly. Just like with Masato Matsui, moving on an aging, average, outfielder will open up spots for younger players to get ABs on the farm. 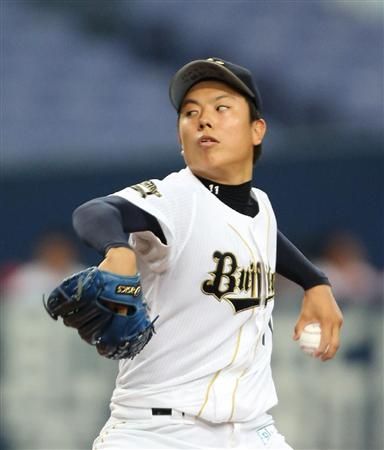 In the return, Takahiro Matsuba appears to be a reasonable left handed pitcher with plenty of experience pitching in relief or starting. His velocity isn't super impressive as he tops out at 149 km/h. He has a slider, curve, and forkball in his armory. I've also heard he has a circle change. Matsuba was selected #1 by the Buffaloes in 2012 and has since gone on to make 97 starts for a 27-35 record and a career 3.83 ERA. Last year, Matsuba only pitched in 8 games with the top team, 7 of which were starts, while this year he has 22.2 IP in the Pacific League with a 5.56 ERA. On the farm, he looks much better with a sub 3.00 ERA this year, but it hasn't been a good couple of years for Matsuba who had his most productive season back in 2014 when he had an 8-1 record for a 2.77 ERA.

Matsuba certainly looks an interesting return. Good farm statistics but poor results in the top team could imply that the Pacific League knows him a bit too well. This could, possibly, mean that he could surprise in the Central League. He'll add to our depth of lefties and his flexibility means a bullpen role could work out as well. The Dragons only have Toshiya Okada and Hiroto Fuku as options out of the pen, so Matsuba gives cover there while Yudai Ono is currently the only consistent Japanese lefty in the rotation at the moment, so a starting job could be on the cards too. 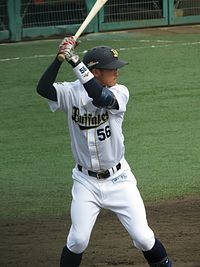 Kengo Takeda is perhaps the more interesting, longer term piece. Takeda is an outfielder with defensive prowess who had a mini-breakout with the Buffaloes in 2017 where he batted .297 over 97 games. He didn't quite produce to the same level in 2018 with the top team but was still solid on the farm hitting .282 in 122 PAs. This year, Takeda has continued to slump batting sub .200 in the Western League and in the Pacific League in limited appearances. On statistics alone, even at his best, he's a banjo hitting central outfielder who has a good arm and good range. His OPS has never been higher than .698 but he has the potential to get plenty of contact.

The good thing about Takeda however, is that, at 25, he is young. The Dragons have only Kosuke Ito and Masaru Watanabe in the outfield that are younger. Furthermore, if Takeda can get back to hitting well, he could be a possible successor to 33 year old, Yohei Oshima in center-field. Ito, I think is the long-term successor provided his progression continues, but Takeda could be the in-between option particularly as he's more defensively accomplished. Takeda certainly has a lot more upside than Yusuke Matsui so this part of the trade is a big win for me. At best, we have a future Oshima, at worst, we have a Kudo/Fujii type 4th outfielder. 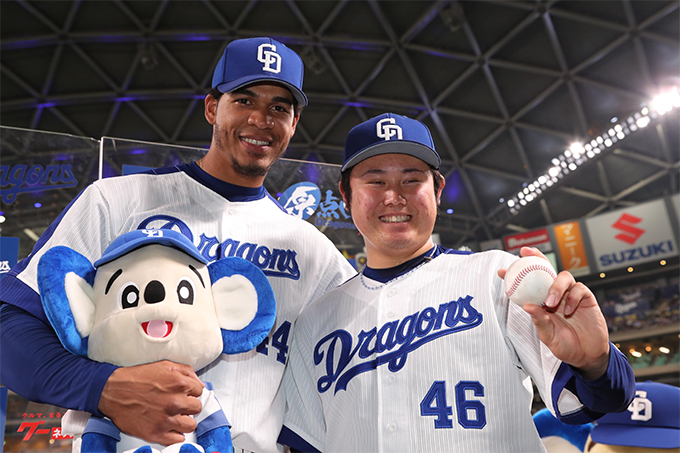 Lastly, Steven Moya. Moya has been a victim of circumstance. Had the Dragons bullpen been stronger this year, he would have seen a lot more time with the top team. The fact of the matter however is that there are only 4 visa spots available for non-Japanese players and we just can't wedge Moya in there. Raidel Martinez and Joely Rodriguez have proved to be extremely important in the bullpen while Dayan Viciedo will never be dislodged from his position at first-base unless he need to make another visa run or gets injured. Add into this Enny Romero, who has been required in the starting rotation, there ends up not being a lot of options for Moya to see the first team. The fact of the matter is, he's killing it at Western League level and the Buffaloes just recently lost their foreign slugger, Joey Meneses to a 12-month doping ban. It's a trade that just makes sense. Moya will likely man the DH for the Buffaloes while the Dragons still have to find a place for Zoilo Almonte. Moya was a model professional during his time with the team, and under different circumstances he would have been a starting member.

Older fans might have a sense of nostalgia about a foreign player being traded for cash to the Buffaloes. The added dimension of a drug ban creating a need for a trade makes it all the more interesting. In 1988, Kintetsu Buffaloes slugger, Richard Davis had his contract torn up after he
was found to be in possession of marijuana. Looking for a substitute, the Buffaloes turned to American, Ralph Bryant who was toiling away on the Dragons farm team. Foreign player limits at the time meant that Bryant couldn't see the top team as Gary Rajsich and Kuo Yuen-chih filled up the limited spots. Bryant's contract was purchased by the Buffaloes and the rest is history. Bryant went on to have a successful 8 year career in Osaka where he captured 1989 Pacific League MVP honours on the way to slugging 259 homers in his NPB career. A multiple homerun champion, Bryant certainly showed what the Dragons were missing out on.

With Joey Meneses being caught doping and given a 12-month ban, the same situation that brought Bryant to the Buffaloes has brought Moya in. Will the result be the same? We'll just have to wait and see.

Overall, I feel the Dragons have traded for the future. Matsuba and Takeda are younger than the players that were given up and have more upside than both too. Both also fill in areas that the Dragons need to bolster recruitment, so this works out quite well. Getting something for Moya was a good result and it means he has a chance to ignite his career in Osaka. He's been too good to be a farmhand, so hopefully the Buffaloes will give him the appreciation he deserves.

Overall, a trade that will probably work out to be fairly mutually beneficial. There is an element of risk over Matsuba and Takeda not turning around their recent form, but there's more possibility to prove their worth with the Dragons. Masato and Yusuke Matsui however have already reached their potentials and having them continue their careers elsewhere benefits the team.