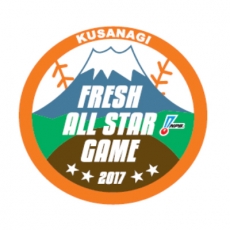 For those unfamiliar with the farm system in Japan unlike the NPB, the two farm leagues are split in Eastern and Western conferences with the line being drawn at Nagoya. Any team West of Nagoya is part of the "Western League" any team east of it is part of the "Eastern League."

Once a year there is an All-Star game for the farm teams held usually in a regional ground. This is more or less like the MLB Futures game and it's a way to showcase new talent. However, due to there not being as much depth to the farm systems in Japan as there are in the US, you don't always get the best farm-team players per se, but usually the best rookies or the blokes that haven't played in the game before.

This year the representative from the Dragons were Shotaro Kasahara, Taisuke Maruyama, Hiroki Kondo and Ryota Ishioka. All four of the players have been involved with the first team at some stage this year and Kasahara only recently put in an innings worth of relief against the Tigers but this doesn't really matter as none of them have competed in the game before and there all Chunichi representatives. Masami Ishigaki, the high school rookie infielder was meant to play in place of Kondo, but due to a wild pitch from Shintaro Fujinami earlier in the month the copped him in the head, he was stood down from duty.

For the first time in history the game ended in a 0-0 tie. Both sides only had 4 hits a piece and we saw a lot of different pitchers. Unfortunately there weren't a lot of highlights for this one so I'll just run down what the Chunichi boys did.

Ishioka and Kondo started in the line-up both in the outfield but only the latter was able to make contact. Kondo went 3-1 on the night while Ishioka was withdrawn after two hitless at-bats.

Taisuke Maruyama pitched the 3rd inning and gave up a hit but it was to be Shotaro Kasahara who would prove to be one of the most impressive whiffing 3 batters and giving up one hit in the 4th inning.


The Western League all-stars on a whole struck out more but it was a very even game where neither team really created enough of the chances they were afforded. Kaisei Sone of the Hawks with his two hits captured the MVP award for the game.

Tonight and tomorrow we have the real deal, the NPB All-Stars games with Raul Valdes starting on the mound tonight in front of the home crowd. Kodai Senga of the Hawks will start of the Pacific League.

In other news, Dayan Viciedo has finally returned from the United States having completed his citizenship processing. He is hoping to be back for the series against the Giants starting on Monday. Whether or not the team will let him is another thing. Jordan Norberto however has been in the mean time be de-registered from the first team with media sources suggesting that Kazuki Yoshimi will be coming up to replace him.

Shigekazu Mori has gotten solid backing from the Chunichi owner, Bungo Shirai as the businessman has been very happy with what Mori has done with the team so far. Shirai has said that he would like to see the Dragons finish in the top 3 this season. Mori has said that his first objective is hitting .500 which he thinks would see the Dragons well into the fight for a playoff spot.