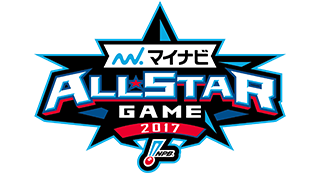 Plenty of premier talent was once again on display this time in Chiba as the Central League team went in looking to keep the series level. Only two Dragons appeared in this game with Guerrero starting in left-field and Oshima coming on later in the game to replace his team-mate.

Unlike the US, as you may have noticed, Japan likes to do everything twice. This time the homerun derby would feature all the same participants with the exception of Guerrero being replaced by Seiya Suzuki.

Tsutsugo would beat out Shohei Otani with 4 bombs to Otani's 2, while Yuki Yanagita went through after equalling Suzuki's single homer with 4 balls left to go.


The final was this time Tsutsugo against Yanagita but it was to the Hawks man that would prevail for the second time hitting two dingers from his 10 balls to Tsutsugo's single. All in all, Guerrero would have given Yanagita a better run for his money, but hey, can't blame the fans for wanting to see Suzuki.

Starting pitchers Tomoyuki Sugano and Takayuki Norimoto represented the best that either league has to offer in starting pitchers this season. Both pitcher claimed 3 strikeouts a piece in their 2 innings. It was to be the Central that would strike first as the Giants catcher Seiji Kobayashi cleared the fences with a solo effort.

His effort would however be cancelled out by former Chiba slugger, Alfredo Despaigne as his solo dinger evened up the scores in the 4th.

In the 5th the Pacific would take the lead as a lead-off triple to Daiichi Suzuki of the Marines allowed Shogo Akiyama to knock him home to make it 2-1. It would be the Chiba captain Suzuki once more to haunt the Central League as his solo homer off Yasuhiro Ogawa in the 7th claimed another win for his team.

Neither Oshima or Guerrero registered a hit tonight but we can be proud that two we have seen 4 Dragons players make appearances this year. Considering most years we usually only send about two players.

Now that the first half is officially over, the Dragons play the Giants where Shinnosuke Ogasawara will be looking to keep his record against the Tokyo team untarnished. Yudai Ono and a returned Kazuki Yoshimi are slated for the other two starts in the series.

Dayan Viciedo also looks like he'll be returning to the team, as of yet however he hasn't been officially added to the roster.