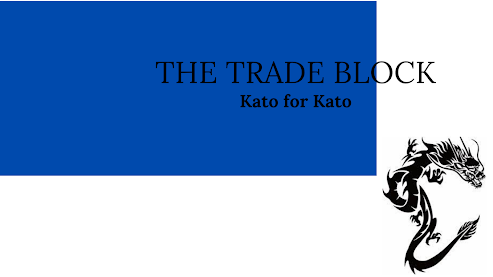 With the end of the interleague, where the Dragons performed admirably to finish 4th overall, there has been quite a bit of movement on the the trade wire. The Dragons have jumped in on the action this time as well to bring 30 year-old outfielder Shohei Kato to Nagoya for  29 year-old catcher, Takuma "the Bazooka" Kato. A Kato for Kato trade. On the surface this appears to be another of those very even, low key trades that ever so often happen in Japanese baseball. So, without further ado, I would like to go into some of the key facets of this trade. One must keep in mind that this is not the kind of blockbuster, season changing trade that fans had hoped for and we shouldn't expect either player to revolutionise the way the teams play overnight 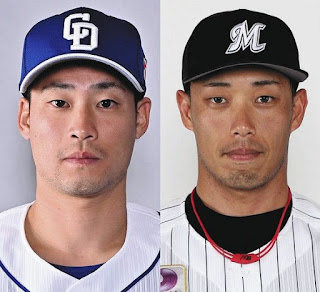 The Dragons have quite a wealth of catching talent. Takuya Kinoshita is the established presence behind the mask while Iori Katsura has proven to be an adequate back-up. Sprinkle in the other 5 catchers the Dragons have and the team have plenty to choose from. In recent history the team usually hold onto 7 catchers, so with Ayatsugu Yamashita's promotion to a full-time deal, this took the number to 8. Trading Kato, who hasn't really kicked on despite more or less being given the first-team job in 2019, makes sense for the Dragons who have quite a lot of depth in this area. Kato's lack of development but still impressive arm made him a good chip for a trade deal.

On the Marines side, the team has a glut of good options in the outfield. This includes homerun leader Leonys Martin, Takashi Ogino, Katsuya Kakunaka, Kyota Fujiwara, Shuhei Fukuda and a host of others. Shohei Kato, despite his proclivity on the farm, didn't have a spot with the top team. Younger players had started to overtake him in the pecking order and other players of similar age were simply better established.

On the other side, the Dragons lack of outfield options has been well publicized. Outside of Yohei Oshima, no outfielder has really covered been much better than replacement level. Similarly with the Marines, no catcher has really established themselves in the top team and those that have tried have been abysmal at hitting and throwing out runners. Takuma gives the Marines a boost behind the plate while Shohei could just about find a spot on the Dragons 1-gun bench from day one given how ordinary other options have been.

2.  What kind of player is Shohei Kato? What can we expect?

Shohei Kato is a fleet-footed, switch-hitter with good defensive ability. For the Marines he has mostly played in either centre or right-field. For the Dragons, I would expect him to battle for the right-field position in the current team environment.

With farm statistics, we have to be careful as the Eastern League in particular has traditionally more hitter friendly parks than the Western League where the Dragons are based. Still, a 1.030 OPS is nothing to scoff at in either case.

What we can expect, is hopefully a solid contributor who, in another year, would probably be a 4th or 5th oufielder type for the team. If we think of the role that Atsushi Fujii has filled prior to 2019 I think we'd be getting close to understanding what we can expect from Kato.

3. What does this do to the roster?

Not a whole lot right now. It bolsters outfield options, of which the Dragons have quite a few, albeit not great ones. However what it does do is make the futures of Shota Ono and Ariel Martinez quite interesting. Ono is aging and into the last year of his deal that originally brought him to the Dragons. Martinez meanwhile is having a hard time with injury and getting play time at his preferred position with a logjam of talented catchers in the Dragons system. Will either of them stay beyond 2021? This is a question the team will need to address. If Ariel decides to leave and Ono retires for example, suddenly the team need two more catchers to fill-in. This then may inform who they draft in 2021 as well. This makes calculations slightly tricky going forward but I guess it's a welcome issue.

On the outfield side of things, Shohei Kato becomes outfielder #14. That's a lot of outfielders that all want game time. If you count Akira Neo, that's 15 guys that play in the outfield. Each of them have their own skills that they bring to the table, but the addition of Shohei probably endangers the likes of Issei Endo, Masataka Iryo and Masaru Watanabe who all play in that centre-right field role. Atsushi Fujii is quite likely to retire at the end of the year, while the team will probably want to re-shuffle it's options and pick-up one or two oufielders in the draft. This would mean that Endo and Watanabe are probaby in a little bit of danger. Watanabe is quite well rated but he hasn't performed up to expectation while Endo isn't doing enough in a situation where outfield spots are literally up for grabs.

Kato's addition gives some headaches going forward, but they're not necessarily unpleasant ones.

This is very balanced trade. The Dragons essentially get an outfielder that could potentially start on Thursday night. Kosuke Fukudome can't start everyday, Nobumasa Fukuda has been a bit iffy, Akira Neo probably needs time on the farm and others like Kaname Takino and Kengo Takeda haven't really shown a decent enough ability to hit. Kato gives a semi-reliable option in the outfield mix and allows players like Hironori Miyoshi, Kosuke Ito and Yuki Okabayashi time to mature on the farm.

My initial knee jerk reaction to this trade was, what does Kato give us that Kengo Takeda doesn't? Takeda was brought in through a trade with Orix in 2019 where the Dragons sent Masato Matsui and Yusuke Matsui for Takeda and Takahiro Matsuba. Given time to reflect, Kato certainly seems a step above Takeda. Looking at farm statistics alone, Takeda's 2018 and 2019 (prior to the trade) were not particularly good hitting wise. Also, Takeda does not have the same kind of pace on the base-paths that Kato does either. Takeda's splits in the Western league were .282/.373/.325 (2018) and .216/.245/.273 (2017). While Takeda had a decent time with the Orix top team in 2017, his farm statistics don't inspire a high-ceiling narrative that Kato does.

Overall, personally am a lot more optimistic about this trade than I was initially however, one should not think this will solve the Dragons hitting woes overnight. Kato is not a power-hitter and has not replicated his farm form with the Marines top team. I initially soured on the idea of the trade given that the media suggested that it would "improve the Dragons ability to get runs" which annoyed me. Looking at Kato's peripherals don't suggest a player that will regular get extra base hits. However, the closer I look now I see how Kato's role could develop over time with the team and how he fits in this year.

A very Japanese trade it is and hopefully one that will be succesful for both sides.