Since my last post there has been a little bit of movement on the Daisuke Matsuzaka saga. While team owner Bungo Shirai essentially called the former flamethrower useless, the following day he made a 180 degree turn and okayed the pursuit of the aging righty. 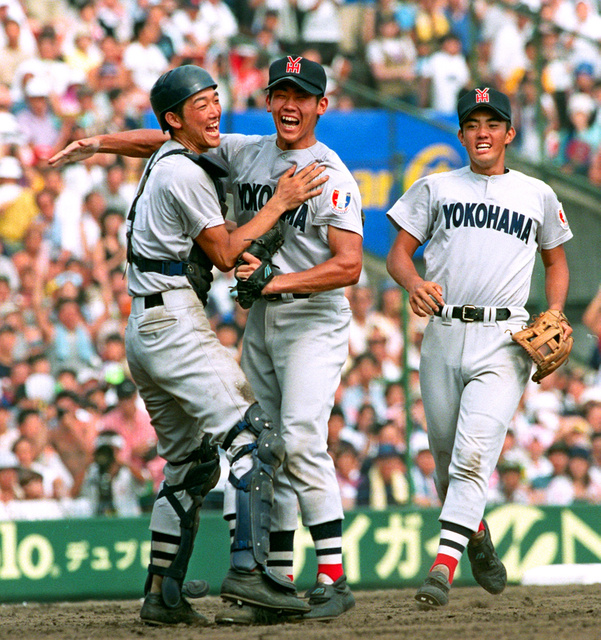 show off his wares in a "test" taking place in late January 2018. Dragons reps will be watching over Dice-K's progress in the meantime checking in on training sessions but the ultimate decision will likely be made after the one day trial at Nagoya dome. There's already a bit of fluff surrounding this as Matsuzaka will be taking his Yokohama High School catcher and former Chunichi Dragons player and staff member, Yoshio Koyama to catch for him during the trial.

The Dragons have more or less said that if he can still throw and has reasonable contract conditions, the team will have a serious look at him. This does seems to be a bit of a media masquerade but the Dragons haven't really been in the limelight for some time and it makes sense to make a move like this. Popularity is in a bit of a lull thanks to sub-par results and the Matsuzaka side-show might grab a few more headlines to keep the team relevant.

The team will make it's decision before Spring camp. We'll then see what we can expect after that.

The team has otherwise made the signings of Zoilo Almonte, Steven Moya and Onelki Garcia official. All three players will be signing incentive laden, one-year, 50M yen (approx $500k) deals. This is, well, to say the least incredibly cheap. Alex Guerrero's one-year deal added up to about the sum that all three are getting. Whether this is an indication of their quality or not is something I'm not sure of but the signings of these players represent a low-risk high reward scenario for the Dragons. Whether Mori and the scouting department have really done a deal here, I don't know, but only time will tell. Personally I think Almonte is going to be a very good capture while I think that Garcia will be useful. Moya seems like a guy that will strikeout a lot, but if he can get some semblance of plate discipline together he could be a contributor. Numbers have also been decided. Almonte will wear Guerrero's 42 while Moya will wear Raul Valdes' 44. Garcia will wear the 70 which was vacated by Tetsuya Tani who took on the 58.

On joining the Dragons the 3 new captures had this to say:


Zoilo Almonte
"I am extremely happy to be able to play for the Dragons in 2018. I am currently
playing in the Dominican Winter League. I would like to get ready for the season and help the Dragons reach the playoffs and contribute 100% of my power to helping the team win.
I'm also planning to grow my trademark beard before coming to Japan. I look forward to your support!"


Steven Moya
"I am very happy to be able to join Japan's Chunichi Dragons for the 2018 season.
I hope to proactively learn about Japan's language and culture and learn how to adapt to Japanese baseball as soon as possible. I would like to try my very best for my family and my incoming children to contribute to a Dragons victory"

Onelki Garcia
"I am very happy to say that I have signed a contract with the Chunichi Dragons for 2018. My motto is to throw with my heart and I will try my best to contribute to a team victory."


All three players are hoped to be available from the start of spring training unlike foreign captures in previous years who have been allowed to arrive a bit later than the Japanese players.
Posted by Scott M at 10:20 AM